Introduction
In this blog post, I criticize two of my idols in science, physicists Neil Degrasse Tyson and David Deutsch.  Both of them have written or spoken about the scientific method, and both of them have missed the mark.  Dr. Tyson says that science is all about prediction, and not about explanation.  Dr. Deutsch says that science is about explanations, but gives an unsatisfactory definition of what qualifies as an explanation.  In this post, I set out my own definition for the scientific method. 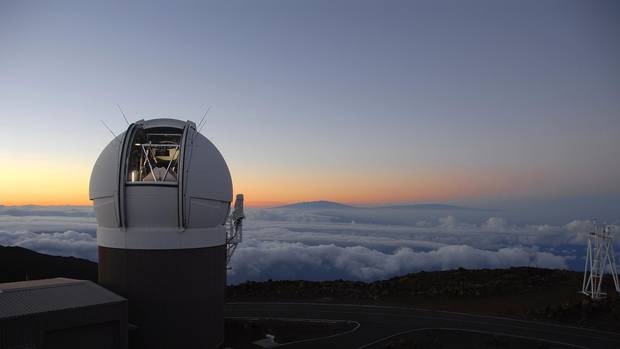 The Scientific Enlightenment
In general, science is the modern way that we search for truth and develop useful technologies for civilization.  The deliberate practice of scientific investigation began in the mid-1600s.  Science greatly accelerated human progress in terms of technology, understanding of the earth and the cosmos, literacy, health, prosperity, government and all other aspects of civilization.  We are living in an age of scientific enlightenment, the longest continuous period of enlightenment in history.

The scientific method is critical to that enlightenment.  The process of objective reasoning is essential not only to science, but to most other aspects of civilization, including government, law, economics, journalism, education and medicine.  Objective reasoning is a social process, involving not just individuals, but represents how society comes to conclusions about various issues.  Objective reasoning requires academic and political freedom, free discourse and argument, unrestricted access to data and information, and equality in public debate. 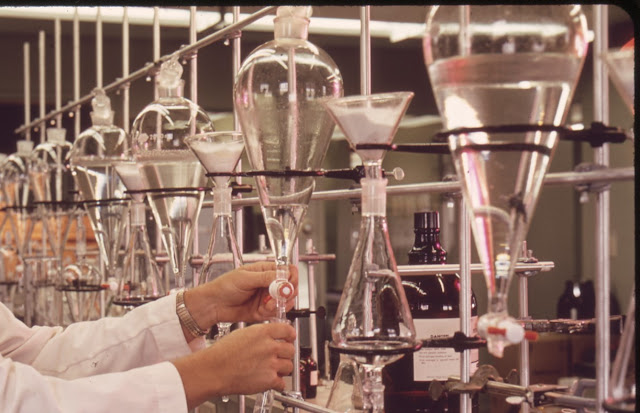 I would like to convene a team of the greatest scientists to rewrite the scientific method.  I would like to enlist not only giants of scientific accomplishments, but those who have the gift of explanation of complex issues.  I want to enlist polymaths, those who have a sense of the broader meaning of objective reasoning for all humanity.  I want to ask Richard Feynman, Jacob Bronowski, Stephen J. Gould, Carl Sagan and David Attenborough.  But Feynman, Bronowski, Gould, and Sagan are all gone.  We will have to do our best without them.

Looking further in the past, it would have been interesting to hear the opinions of Albert Einstein, Nicola Tesla, Neils Bohr and Enrico Fermi; but especially those who did not receive equality in research or recognition:  Lise Meitner, Marie Curie, Barbara McClintock, and Rosalind Franklin, but who made civilization-altering discoveries anyway.  We will also have to imagine what they would have said.

Finding Truth
In a sense, the scientific method began with the ancient Athenians.  Socrates and others advocated a process of discourse and argument to find truth.  Finding relevant truth is the goal of science.

From that premise alone, we see that science is intrinsically democratic and egalitarian.  Conclusions must always be subject to challenge and debate.  For that there must be freedom to replicate experiments and calculations.  There must be unrestricted access to primary data, in order to review others’ work.

The premise is that objective truth exists, and that it is accessible by everyone.  The scientific method is the process by which we analyze the world around us to illuminate objective truth for ourselves and others.

Explanations, Empiricism, and Mathematics
Physicist David Deutsch writes about the scientific method in his books “The Fabric of Reality” and “The Beginning of Infinity”.  I like Deutsch’s view, that the purpose of science is to make good explanations.  I agree with Deutsch that explanations matter.

Empiricism is one way to make successful predictions about future events, but it is conceptually empty.  Empirical results are limited, by nature, to the specific conditions under which precedents have occurred.  As Deutsch explains, Empiricism lacks reach.  Empiricism will never take us outside the envelope of prior experience.  By extension, all forms of science which rely on empirical results are also limited.  Without explanation, we cannot know the bounds of our models, and we cannot transfer our understanding into new realms, with new insights.

I was horrified to read an interview of celebrity physicist Neil Degrasse Tyson, in the book “But What If We’re Wrong”, by Chuck Kloosterman.  The passage is as follows:

“In physics, when we say we know something, it’s very simple.  Can we predict the outcome?  If we can predict the outcome, we’re good to go, and we’re on to the next problem.  There are philosophers who care about the understanding of why that was the outcome.  Isaac Newton [essentially] said, ‘I have an equation that says why the moon is in orbit.  I have no fucking idea how the Earth talks to the moon.  It is empty space – there’s no hand reaching out.’  He was uncomfortable about this idea of action at a distance.  And he was criticized for having such ideas, because it was preposterous that one physical object could talk to another physical object.  Now, you can certainly have that conversation.  But an equation properly predicts what it does.  That other conversation is for people having a beer.”

NO, Dr. Tyson.  Just no.  Explanations matter.  Equations without explanations are empty, and their predictions limited.  It matters whether the unseen force causing action at a distance is made of gravitons, or if the action is caused solely by the curvature of space-time. It is precisely because Newton was unable to provide an explanation for gravity's action at a distance that the science was incomplete.  Einstein's gravity is an improvement in providing an explanation for how gravity works, but is probably not the final word on the matter.

In college hydrology, we empirically derived equations for the flow of water through a pipe at different velocities.  Were we finished, and “on to the next problem”?   Of course not.  The equations represented processes within the pipe with physical meaning.  Only after we had observed the flow of liquid with dye tracers in transparent pipes could we assign meaning to the equations.  We could assign names to processes we observed, such as laminar flow and turbulent flow.  And those explanations give rise to practical new predictions, such as the erosion rate in the production tubing of an oil well, depending upon the velocity of the flow, and the flow regime of the fluid.

As David Deutsch puts it, good explanations have reach.  “Reach is the ability of some explanations to solve problems beyond those for which they were created to solve.”  Thus, Newton’s theory of gravity solved the rate at which objects on earth fall to the ground, and it also solved the problem of the orbital paths of the planets.

Observation, Theory and Experiment
There is a duality in scientific work that has existed throughout history.  Scientists come in two types: theorists and experimenters.  We can contrast Plato, for whom truth is found in the mind and imagination, with Aristotle, for whom truth is found through objective observation.  Theorists include Copernicus, Newton, Einstein ,Tesla and Feynman; observers/experimenters include Darwin, Tycho, Galileo, Edison and Fermi.  The two sides are mutually dependent, neither can make progress without the other.

Our textbook definition of the scientific method is “systematic observation, measurement, and experiment, and the formulation, testing, and modification of hypotheses”.

But where do we begin?  What informs our first observations?  Some scientists, including Deutsch and Stephen J. Gould, have emphasized the importance of human intuition and inspired guesswork.  These authors suggest that theory precedes observation.  I am skeptical of this claim.  It seems to me that theory must always address a problem posed by an observation.  Einstein never acknowledged the importance of the Michelson-Morey experiment as inspiration for the theory of special relativity.  But he must have been aware of this landmark experiment, which proved, against all expectations, that the speed of light is constant in all directions.  From that fact, it is possible to develop the theory of relativity.  Without that experiment, however, there is no problem to solve, and no reason to develop the explanation.

However observation begins, the scientific process must alternate between theory and experiment.  Theory shows what observations are necessary and informs experimental design.  Experimental results pose problems which new theories must solve.

Ancillary Elements of the Scientific Method
These ancillary processes of the modern scientific method are important, and must be observed if the results of a study are to be considered “scientific”.

Process, Observation, Measurement, Quantification, Validation
David Deutsch makes a wonderfully clear case about how the scientific method is about finding good explanations for scientific problems. The explanation of phenomena is the end goal, and it supersedes empiricism and mathematical modeling as the goal of science.

But let’s pursue the idea of a good explanation as the goal of the scientific method.   A good explanation should answer a scientific problem.  That explanation should identify a process which transforms or changes some aspect of reality.  The process must be observable.  We should be able to measure and quantify the process.  And finally, we should be able to validate the process through experiment, or through verified predictions of some other behavior of the natural world, or both.  That’s it.

I have a former colleague who does not believe in human-caused climate change.  In his view, the world has been warming since the end of the last ice age, and the current warming of the globe is just a continuation of that trend.  Is this a good explanation?

Of course not.  This explanation has not identified any process for warming the planet, only the fact that some warming has occurred at some time in the past.  There is no observation of a current process, which is a continuation of the former process, and no measurement, quantification, or validation that the process which ended the last ice age is still operative.

In contrast, the process of how greenhouse gases warm the earth is observed.  The buildup of greenhouse gases is observed, and the amount of heat retained by these concentrations of gases has been measured.   The total heat retained by greenhouse gases has been quantified, and can be compared to expected changes in air temperature, water temperature, volumes of melted ice and rising sea level.  Additional predictions have been made and confirmed regarding the behavior of trade winds and the frequency of extreme weather events.  This explanation has reach, and accounts for large-scale changes in the biosphere, in terms of gardening zones, movement of microclimates and timing of animal migrations.

The scientific method includes a number of ancillary processes to ensure the integrity of the investigation and the results.  We have made progress in understanding reality when we find a good explanation for our problem.  A good explanation meets the following criteria.

Stephen J. Gould, ??, in an essay I can no longer locate.