We have a problem of inequality of wealth distribution in America, and the problem is increasing.  The issue is not simply that the wealthiest 1% control too much wealth; rather, the problem is the distribution of wealth between the young and the old.   In a variety of ways, the young are suffering financially compared to previous generations.  Young people have less wealth, earn lower wages, pay higher taxes, and face higher education costs and higher unemployment than the previous generation.  Furthermore, the young will inherit the government debt incurred by their parents.  In this context, 22 percent of American children are growing up in poverty, defined as family income providing less than half of basic necessities.  Forty-five percent of American children are growing up in low-income households.

In America, it has always been expected that each generation would provide a better life for the next generation.  In our time, we have failed.
------------------------
Let’s look at the distribution of household wealth in America.
Wealth in America is concentrated among the middle-aged and elderly.  Eighty-nine percent of national wealth is held in families aged 45 and over.  Families under the age of 35, raising young children, hold less than 3% of American wealth. 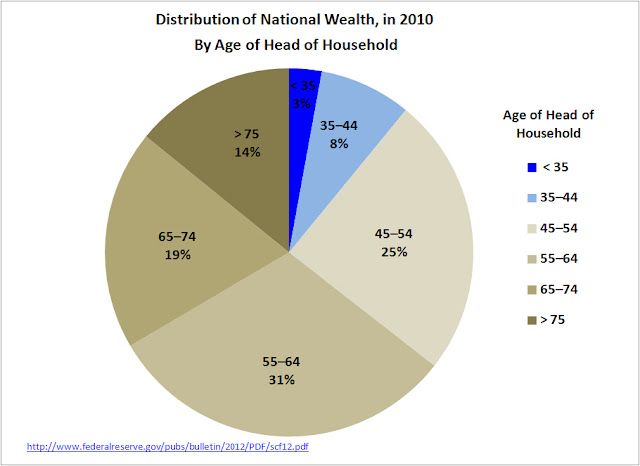 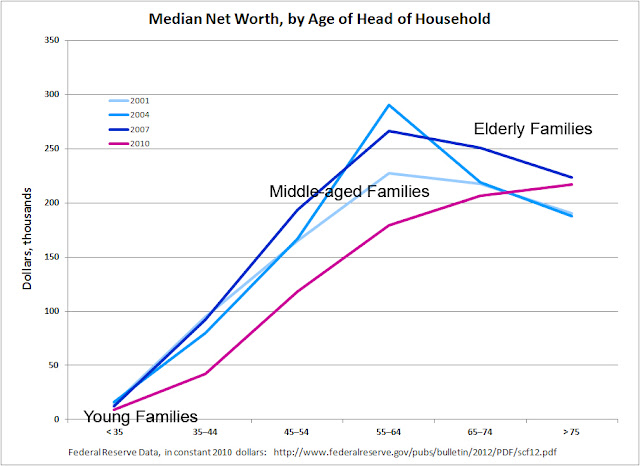 Most of America suffered financial losses through the Great Recession.  But young families suffered the most severe decline in net worth.  Changes in Median household wealth, representing typical families, are shown in the chart below.  Household wealth was reported in constant 2010 dollars, adjusted for inflation. 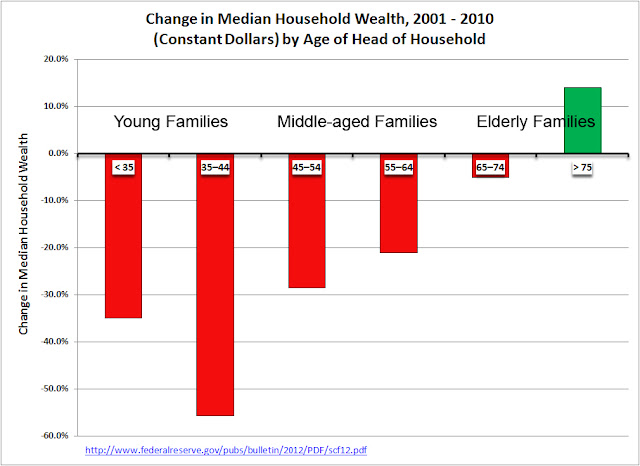 ----------
Wages and salaries have been in a relative decline since the 1960s, as a greater share of GDP has accrued to owners of capital, and a smaller share accrued to workers.   As we saw earlier, financial assets are concentrated in the middle-aged and elderly, who are receiving a larger share of GDP, while the working youth are receiving a smaller share.  The following chart shows wages and salaries as a percentage of GDP, in constant 2005 dollars. 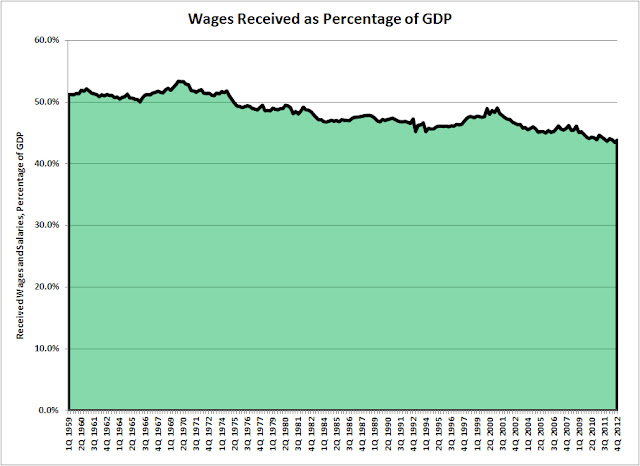 Wages and salaries also declined disproportionately for the young in the last decade. 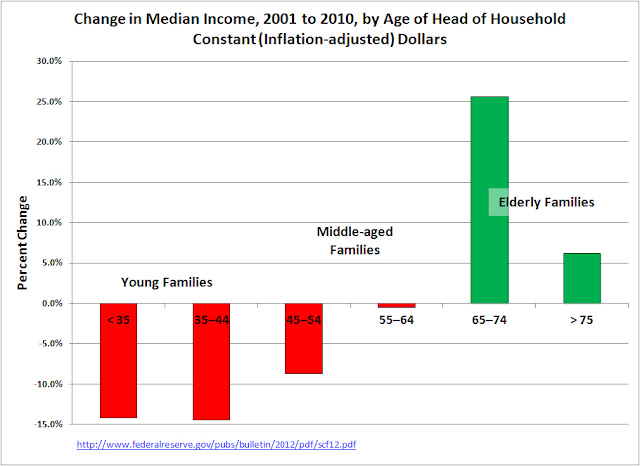 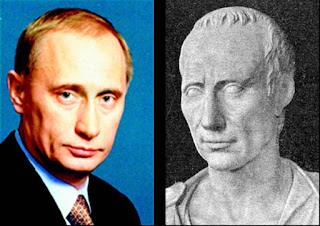 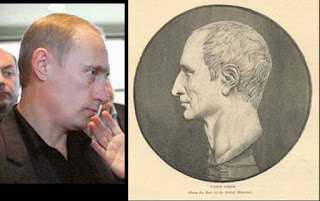 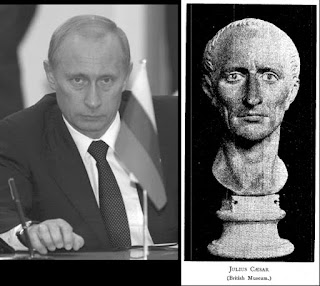 The Net Worth of America

Total personal wealth in the United States in 2010 was about 58 trillion dollars.  That is our net worth.  That’s everything:  houses, farms, real estate, bank accounts, stocks and bonds, mutual funds, cars; net of all liabilities, debts and mortgages.   This number is important, because it gives us a relative measure to other big numbers, for example, the national debt, or the unfunded liabilities of the Social Security system.   Incomprehensibly big numbers become comprehensible when we can compare them to other big numbers of the same order of magnitude.   And our net worth is a useful yardstick for recognizing when other big numbers are absurd.

Our total net worth is fairly easy to calculate.   I took the number of households according to the age of the Head of Household from the 2010 Census.  I found the mean and median net worth according to the age of the Head of Household from survey data published by the Federal Reserve.  From the mean figures, we can see the total wealth by the age group, and from the median figure, we see the wealth of a typical family.  My estimate of the $ 58 trillion total net worth of the United States compares favorably to the $50 trillion  published by Harvard in 2004, and $ 54 trillion published for 2009 in Wikipedia (but unreferenced).   By comparison, global household net worth in 2000 was estimated at $ 125 trillion, adjusted for purchasing power (calculated from data in Davies, et al, 2007).

The household net worth figure includes the value of most of American businesses, through ownership of stock and mutual funds by individuals, including 401k and other retirement plans.  It does not include the value of trusts, churches, non-profit organizations, co-operatives, and pension funds; or the net worth of local, state and federal governments; or of publically owned infrastructure.   But for this discussion, let’s consider that household wealth represents the net worth of the United States, and disregard the possibility of selling Alaska back to Russia, or Louisiana back to France. 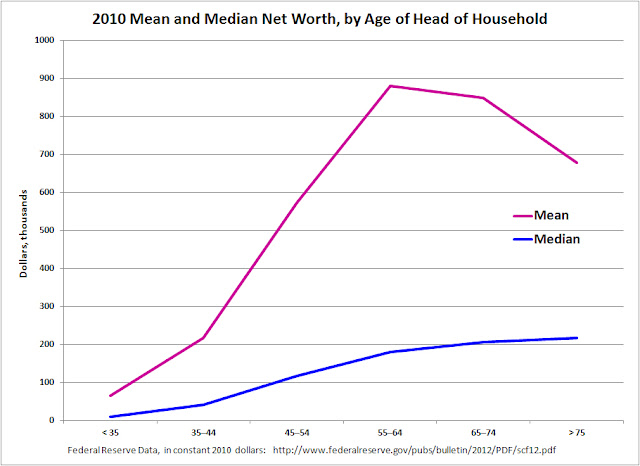 The median net worth for young families (< 35 years old) is $9,300, less than one-third of the global average household wealth ($33,800, Davies et al, 2007).    The deteriorating economic condition of many families can be seen by comparing the median net worth by age across through the first decade of the century.  The 2008 recession had a significant impact on family wealth in all households except the most elderly. 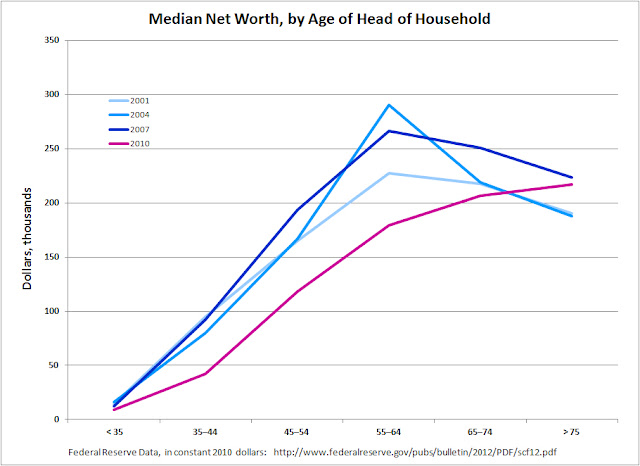 The concentration of wealth in older households has consequences for children in America.  Households headed by people under the age of 35 have the lowest net worth, and of course, these are the households raising small children.  Twenty-two percent of American children are living in households below the poverty line, which is defined as having less than half of the income needed to cover basic expenses.  Forty-five percent of American children live in low-income households.

Net Worth of America, by Comparison to Other Big Numbers
We can compare a few other economic numbers to the $ 58 trillion in household wealth, which provides a yardstick for seeing the significance of other big numbers.
-------
References:


http://www.federalreserve.gov/pubs/bulletin/2012/PDF/scf12.pdf
Survey of Household Net Worth