The New Year is a time to look forward, backward, and to contemplate the passage of time.  In that spirit, I wrote a list of predictions for the next 100 years.  I also asked my son and a good friend to write similar lists.  When I compared the lists, I was amazed at the convergence between our forecasts.  We envision sweeping changes that span the range of human experience; life in 100 years will be quite different than life today.  But for the most part, our forecasts represent the extrapolation of trends that are apparent today, using knowledge that we already possess or are actively seeking.  In general, this post is drawn from predictions that at least two of the three forecasters had in common.

I believe that we already have much of the knowledge that will change life in the next hundred years.  The fabric biplanes of 1917 foretold the Boeing 747 jetliners which were built 50 years later. Einstein’s publication of E = MC2 in 1905 foretold the atomic bomb in 1945.

Science is just beginning to solve deep mysteries of reality and life.  The technologies which might result from these discoveries will fundamentally change how people live on earth, and where we go from here.

This post is organized into four parts: Technology, Environment, Society and Science. 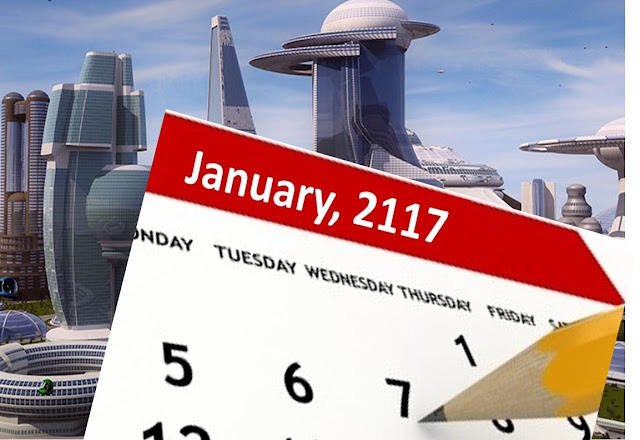 
Science and New Technology
There will be at least one completely revolutionary discovery in physics in the next century, which will enable some transformative new technology.  In the last century, most of the science for 20th century technologies was already known by 1917 (airplanes, E = MC2, etc.).  Application and implementation of that knowledge produced the new technologies which changed the world.  Likewise, I believe that we already have the science for the technologies of the next century.  The breakthrough scientific discoveries of the next one hundred years will produce the transformative technologies of the following century.

The first list shows potential revolutionary scientific discoveries, in order of likelihood.  All of the items on the list are areas of current research.  I excluded potential discoveries which are outside the boundaries of known physics, such as faster-than-light travel or telepathic telekinetic dragons.

The second list is of potential technologies which might result from such discoveries and completely transform human life and human destiny, also listed in order of likelihood.


Potential Transformative Technologies
The Black Swan
Most of the predictions in this post are consensus ideas, given by at least two of the three forecasters.  But life-changing developments may be completely unexpected, in the sense of Nassim Taleb’s Black Swan events. (Even if, as Taleb writes, the Black Swan events are completely predictable in hindsight.)

It is therefore worth noting a few of the non-consensus predictions.
It is entirely appropriate that these last predictions are about what we are, who we have been, and how we will live.
-----------------------
References and Credits
Many thanks to Steve R. and Greg B., whose thoughtful correspondence enabled me to write this post and in other ways enrich my life.

The Boeing 747
Not long ago, I watched a Boeing 747 airplane take off from our local airport – that was the inspiration for this post.  The 747 is a massive airplane, and appears to hang in the air as it is gaining altitude.  The 747 has been in service since 1970 – nearly 50 years.  The plane’s startling size immediately garnered nicknames: jumbo jet, queen of the skies, and my favorite, the aluminum overcast.  Recent versions of the plane are still among the largest passenger planes in the world.

Despite the fact that the plane has been in service for 46 years, the sight still inspires awe.  It made me wonder what people would have thought, if they had seen this aircraft one hundred years ago.  The year 1916 was the midpoint of World War I, and airplanes were still crude novelties made of fabric and wood.   The idea of an airplane weighing nearly one-half million pounds, capable of carrying up to 600 passengers, or another half-million pounds of cargo, would have seemed beyond comprehension.  And yet within little more than 50 years, such planes flew.

The sight of this plane made me wonder what the world will see in the next one hundred years.  What technologies will become commonplace in our grandchildren’s lifetimes that are beyond our comprehension today?

Posted by Doug Robbins at 3:27 PM No comments:

The Questionable Safety of Low Cabin Pressure on Long Flights

Supreme Court Justice Antonin Scalia, age 79, died of natural causes, one week following a return flight from China, on the night following another flight from Washington to Texas.

Actor James Gandolfini, age 51, died of a heart attack two days after a flight from the United States to Italy.

My uncle, Floyd S., age 73, died of a heart attack a few days after a flight from the United States to China.

These deaths, and others, should raise the question about whether extended air travel is safe for middle-aged or older people, who suffer from poor heart health.  The safety of extended air travel should also be examined for pregnant women or other people who may be at risk in extended periods with low oxygen. 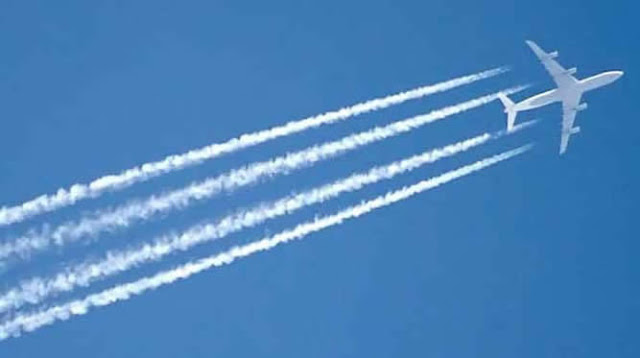 Airplane cabins are pressurized, but not to the standard atmospheric pressure at sea level.  Instead, cabins are pressurized to the air pressure equivalent to about 6500’ to 8000’ of elevation.  United States regulations require that commercial airlines pressure their cabins to an equivalent altitude of no more than 8000’.  I have no idea how well this regulation is observed or enforced.

I live in Anchorage, Alaska.  Travel to and from Alaska requires long flights, by necessity.  I have noticed variability in the physiological responses of passengers during these flights.  That variability makes me suspect that cabin pressure is not very uniform.  My wife developed altitude sickness on flights twice in the past few years, passing out on one occasion.   On other flights she has been fine.  I have also been on flights where nearly all of the passengers have fallen asleep in the middle of the day.  I don’t think this is normal, and I think it indicates insufficient oxygen in the cabin.

Anecdotal evidence is not proof.  Further, all of the people that I mention in this post had existing issues of poor health, a history of unhealthy habits, and probably engaged in unhealthy eating or drinking immediately before their heart attacks or deaths.  Nevertheless, the proximity of these heart events to long exposures to low oxygen is a reason to question the safety of low cabin pressure on long flights.  A long period of low oxygen is a reasonable explanation for a traumatic health event, through the process of stress on the heart, lungs, and blood vessels.

According to Wikipedia, many, but not all, newer models of airplane are being designed to provide a lower equivalent altitude in cabin pressure.  This suggests to me that plane manufacturers have recognized the issue.  But without a rigorous epidemiological study, the risk cannot be quantified nor appropriate standards set.

Airplane manufactures, airlines, the FAA, the National Transportation Safety Board, and the Centers for Disease Control should all be interested in a scientific appraisal of the safety of 8000’ equivalent altitude limit.  The burden of proof should be on the airlines and airplane manufacturers to prove that this limit is safe.  Like the manufacturers of cars or electrical devices, they need to do the work which proves that their product is safe.  The study should include a statistical appraisal of heart health for older customers on long flights, and analog studies in animals to demonstrate the safety of 8000’ equivalent altitude in fetuses before birth.

https://www.reddit.com/r/conspiracy/comments/46o7qs/scalia_was_in_hong_kong_singapore_weeks_before/
Posted by Doug Robbins at 8:28 PM No comments: