Peak Oil is a concept proposed by geologist M. King Hubbert, in a paper written in 1956.   In that paper, he famously predicted the peak of US oil production, which strikingly occurred as predicted fourteen years later   (figure 1). 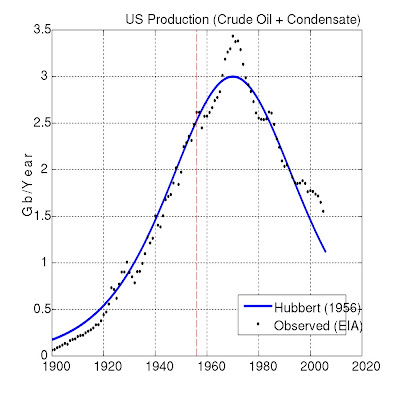 Among the Peak Oil advocates are Colin Campbell and Jean Laherrere, authors of “The End of Cheap Oil”, Scientific American, 1998; Matthew Simmons (RIP, 2010), author of Twilight in the Desert; Ken Deffeyes, professor emeritus at Princeton; participants in the on-line forum “The Oil Drum”; and a group of distinguished geologists and engineers who formed the Association for the Study of Peak Oil.

On the other side of the debate, smart people argue that Peak Oil will not occur for many years.   This group includes the highly regarded BP Statistical Review of World Energy; the International Energy Agency;  Daniel Yergin and the Cambridge Energy Research Associates (CERA), economic advisors to the Saudi government and many major oil companies.   Daniel Yergin is the Pulizer-winning author of The Prize and The Quest, and head of the CERA.   In the view of this group, new production from natural gas liquids, tar-sands,  the Mid-East, the Caspian region and Brazil will more than offset the natural decline of existing production.

Hubbert predicted global peak oil in the year 2000.   We are now eleven years past that date, and production is still growing.   So, who is right?  Is Peak Oil around the corner?   How did Hubbert make his predictions, and will he be right again? 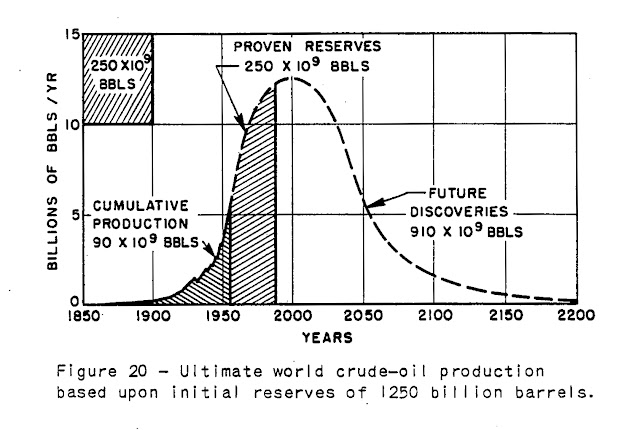 Hubbert’s Peak
Hubbert’s original idea is ingeniously simple.   We have to find oil before we produce it, and we usually have a pretty good idea of how much we found several decades before that oil is produced.  The rate of production is assumed to be a bell-shaped curve, so the half-way point, when half of the reserves have been produced, is peak production.

Geologists find most of the oil in early exploration, because the largest fields are easiest to find.   After the largest fields are discovered, there is a predictable decline in field sizes.  The graphical display of the decline is sometimes called “the creaming curve”.   As geologists explore the globe, they proceed from the easiest areas to more difficult areas, leaving remote and difficult areas for last.  So if we look at the peak of discovered oil and make some assumptions about the decline of new discoveries, we can forecast the production peak.

United States’ Peak Oil
Let’s look at US oil discoveries and production as a case history.
We can only produce as much oil as we have found.   About 200 billion barrels have been discovered in the United States to date.   This is the area under the discovery curve (figure 3).   We can see that US discoveries peaked in the 1930’s, and declined thereafter. 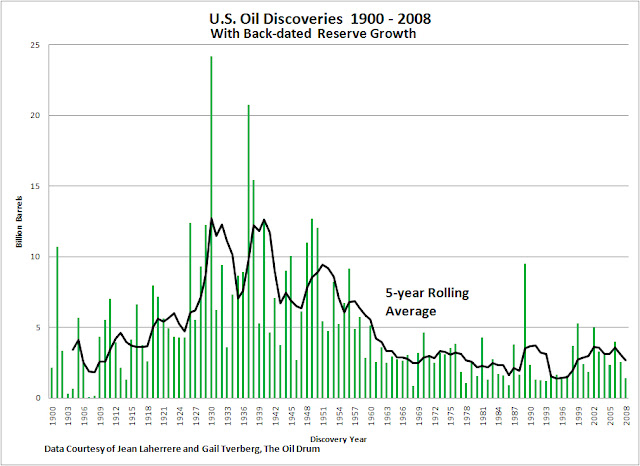 
And so far, we have produced 181 billion barrels (Laherrere and Tverberg).  The number is somewhat larger if natural gas liquids are included.  This is the area under the production curve (figure 4).   Remaining proved reserves are about 21 billion barrels (Wikipedia, Oil Reserves in the United States).   Production peaked in 1970 and declined in turn, exactly as Hubbert predicted in 1956. 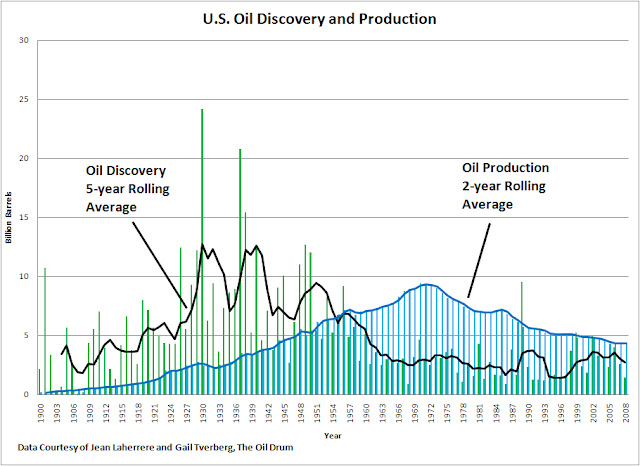 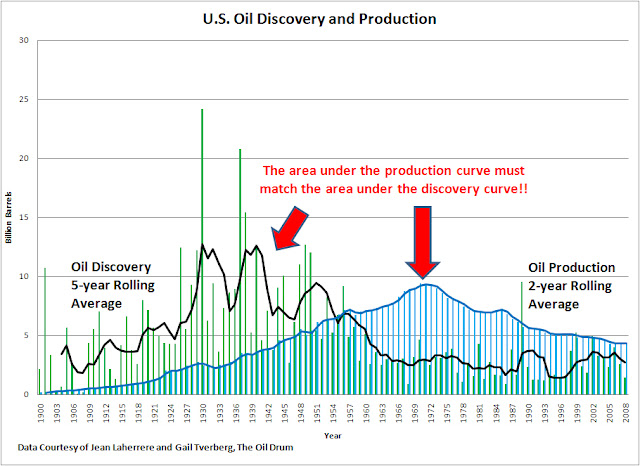 Figure 5.   US Oil Discoveries and Production; areas under the curves must ultimately match.

Hubbert took the volume of known oil discoveries and estimated the total volume of oil that would eventually be discovered.   He then made a bell curve that fit the history of production, and fit the total volume of oil under the curve.   Hubbert assumed that the peak would be symmetrical; i.e., that Peak Oil would occur when we have produced one-half of the discovered oil.    Hubbert tried two models: one with 150 billion barrels of ultimate reserves, and another with 200 billion barrels of ultimate reserves.    By 1970, we had produced 94 billion barrels, very close to one-half of our original reserves endowment.  And that was the production peak, about 40 years following the exploration peak.

So, then we move from US history to the global picture.   Hubbert was able to predict the peak of US oil production, because data on discovered oil volumes were well-defined and accurate.   The problem in predicting global peak oil is that data for discovered oil volumes are not well known, distorted by various national policies related to OPEC production quotas and national security interests.    Nevertheless, it is well known that global oil discoveries peaked in the mid-1960’s. 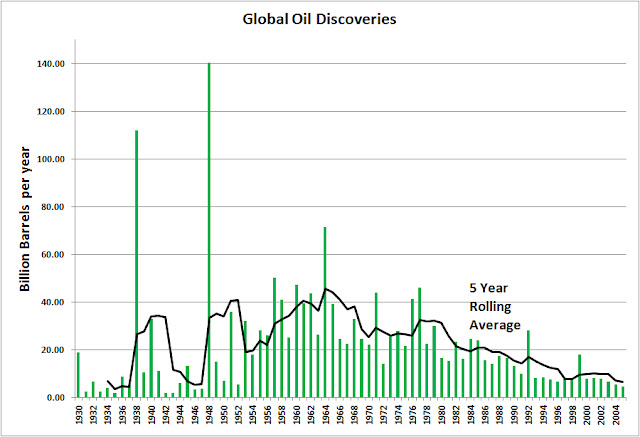 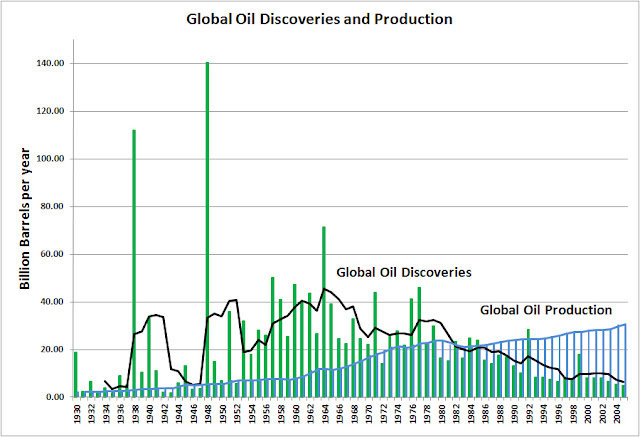 
US Gas Production History
US gas production provides a dramatic example of how production decline can be reversed through new technology and unconventional resources.  US natural gas production also peaked about 1970, in agreement with Hubbert’s prediction, but new sources of gas resulted in an extended plateau, rather than a decline from the peak.   Although conventional gas production peaked in 1970, exactly as Hubbert predicted, gas in unconventional reservoirs (coal and shale) became commercial through the application of horizontal drilling and hydro-fracturing technology.  The new supply rejuvenated US gas production, and produced a production plateau, rather than a peak.  Gas prices, which spiked to about $12 per thousand cubic feet in 2008, declined and stabilized at about $4 per thousand cubic feet as a result of the new supply. 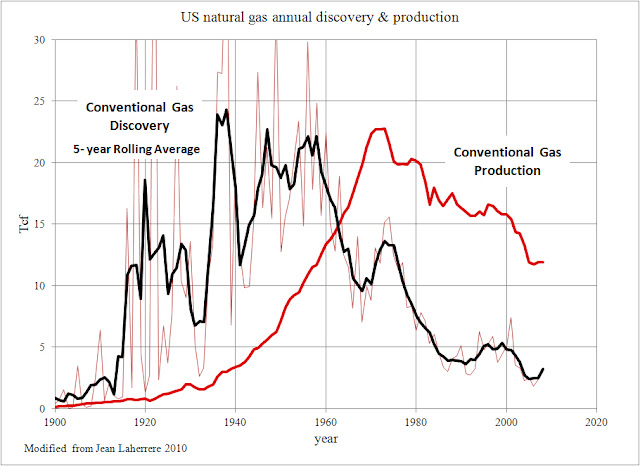 Figure 8.   US Conventional gas peaked about 1970, as Hubbert predicted. 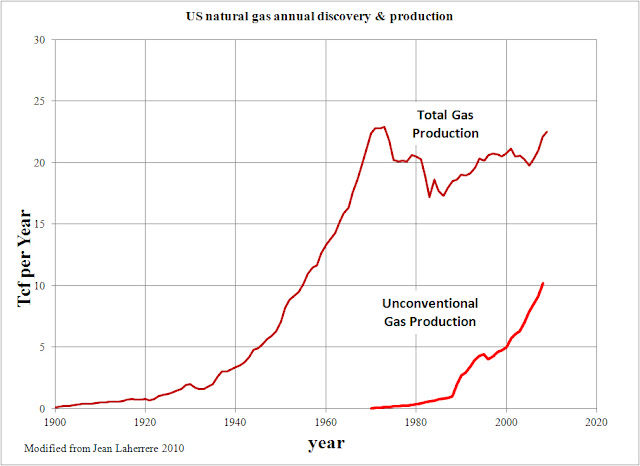 Figure 9.   Gas production from unconventional reservoirs has sustained total gas production on a plateau, rather than declining as expected in Hubbert's theory.

Per Capita Oil Production
But from a self-centered viewpoint, the question is not how much oil exists in the world, but how much there is for me to put in my car.  And proportionally for every other person on earth.   World economic data show, without exception, that per capita energy and oil consumption is proportional to economic productivity.   Reduction of oil consumption per capita would cause higher prices and economic disruption until global economies adjusted to a higher level of conservation. 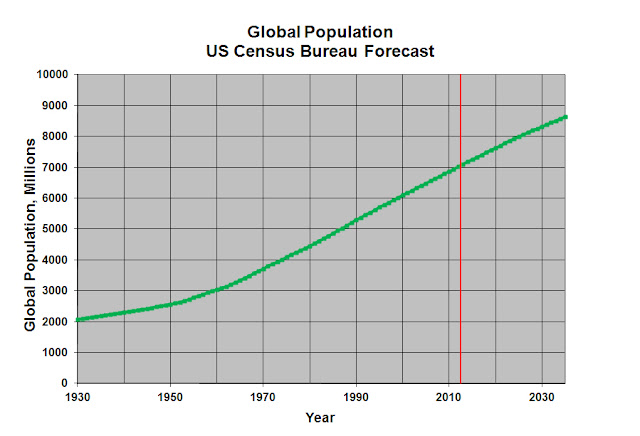 The IEA (International Energy Agency adopted an optimistic scenario termed “New Policies” as their base scenario.   The scenario assumes 1.2% annual increases in oil production to the year 2035.   About 55 million barrels per day of production (of the total 96 million) is forecast to come from fields not yet discovered or not yet developed.   There is substantial risk in this forecast.  My experience in the petroleum industry suggests that such unqualified success in new production is unlikely to occur. 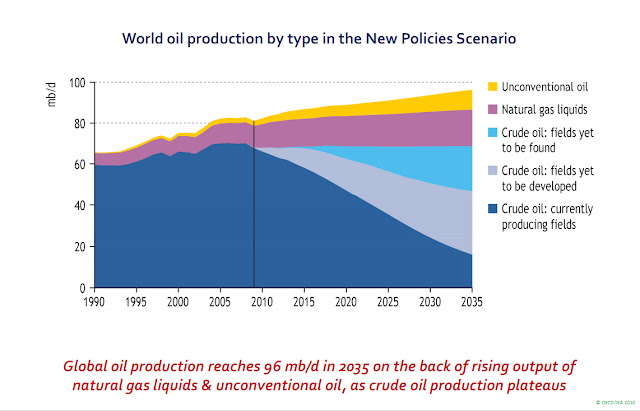 Figure 11.  In the IEA "New Policies" forecasts, a large wedge (55 million bpd) of forecast production is expected to come from fields not yet discovered or not yet developed.

Even if the optimistic result of the "New Policies" forecast is realized, per capita consumption will rise only slightly by 2035, a gain of about 7.5%. 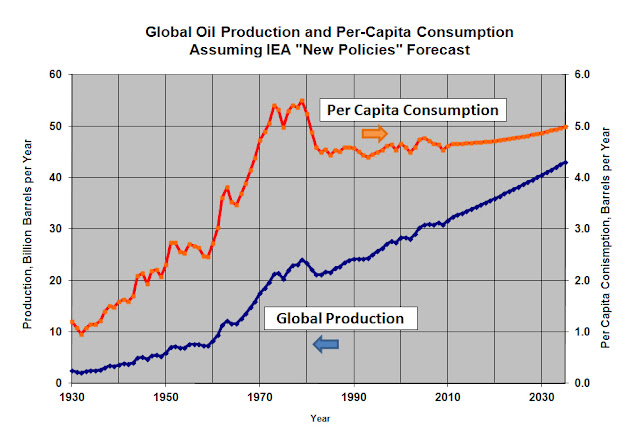 Figure 12.  The IEA "New Policies" forecast would permit growing per capita consumption through 2035.

A second scenario might be a production plateau, as suggested by Daniel Yergin and CERA.   Assuming a plateau beginning in 2010, the result would be a per capita decline of 21% by 2035. 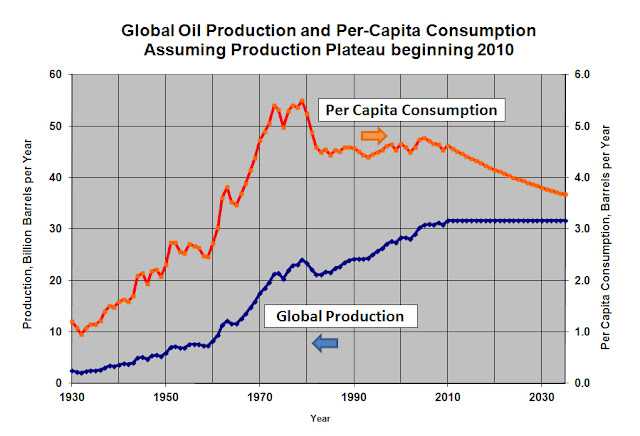 Figure 13.   A production plateau would still result in declining per capita consumption.

An alternative scenario termed “450” is presented by IEA.  This would be a production forecast limited by policies to stabilize atmospheric CO2 concentrations at 450 ppm.  Under this scenario, production would peak about 2019, and per capita consumption would decline 26%. 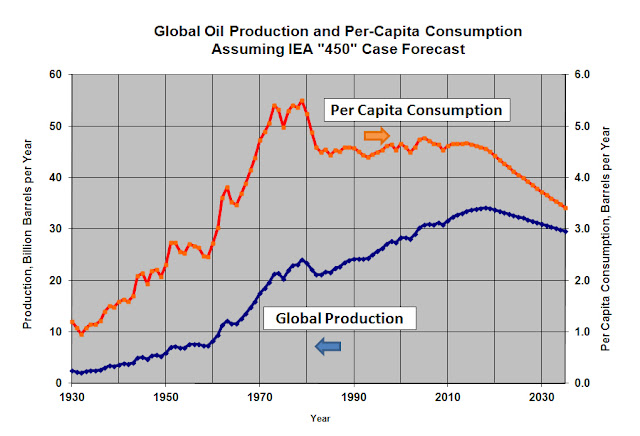 Figure 14.  The IEA "435" forecast would result in a significant decline in per capita production.

A final scenario considers a symmetrical Hubbert Peak in 2015.   This scenario reflects the classic Hubbert theory, that production will peak and decline when we have produced one-half of the USGS mean estimate (3000 billion barrels) for the global oil endowment.  Global per capita production would decline 36% by 2035.   It is worth noting that the American share of per capita production can be expected to decline substantially more than the average, given economic growth in developing nations. 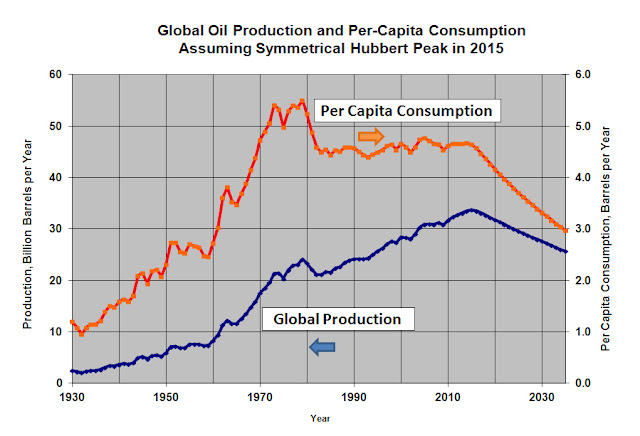 Figure 15.   A symmetrical Hubbert's Peak in 2015 would result in more than 35% reduction in per capita oil consumption.

Conclusions
I think it is likely that peak oil will occur before 2020, with a consequent rise in oil prices.   Although tar-sands, shale-oil, synthetic oil and other substitutions will moderate the decline, I think it is unlikely that the “Shale-gas Revolution” will be replicated in oil.  Oil has a much higher viscosity than gas, and is simply more difficult to extract from rock.  Any unconventional oil source will have a lower EROI (Energy Return on Investment*) than conventional oil, and will be developed more slowly, and at a higher cost.   New sources of conventional oil will also be more difficult and more costly than previous sources.

As a policy recommendation, I think it is prudent to anticipate higher prices and reduced oil supply, for personal and national planning.