American Weapons for Ukraine: the Wrong Direction for Peace

Paula Dobriansky and other conservative foreign policy advisors advocate sending American weapons to Ukraine, to assist the Ukrainian government in the war against separatists in Eastern Ukraine. Such an action would be seen as a provocation by Russia.  President Putin, as his history shows, would respond with disproportionate force.  Any American intervention in Ukraine would invite an openly full-force Russian invasion, which would be devastating to the people and country of Ukraine.

The Mission Statement for the United States State Department is:  “Create a more secure, democratic, and prosperous world for the benefit of the American people and the international community.”

In 1998, members of the institute “Project for the New American Century” wrote a letter to President Clinton, urging him to use the American military to overthrow Saddam Hussein in Iraq.   Paula Dobriansky was among the very high-profile signatures on the letter.   Most of the signers of the letter later occupied high positions in the second Bush administration, and conducted the war against Iraq.  The war did devastated Iraq, cost thousands of American lives and perhaps hundreds of thousands of Iraqi lives.  The current situation is far from stable, democratic, or prosperous. The war against Iraq resulted in the emergence of the Islamic State in the Levant, a genuine threat to Americans and the world.

Paula Dobriansky appears to be ready to repeat this mistake in Ukraine.

Presentation by Paula Dobriansky, “Ukraine, Peril and Opportunity”
I recently heard a presentation at the Alaska World Affairs Council by Paula Dobriansky, former United States Under Secretary of State for Democracy and Global Affairs.  Ms. Dobriansky is an experienced diplomat with gold-plated credentials  who has worked at the highest levels in American foreign policy.  Ms. Dobriansky’s talk was titled “Ukraine, Peril and Opportunity”.

A Voice of America interview with Paula Dobriansky addressing the situation in Ukraine can be found here:  http://www.voanews.com/content/q-and-a-with-paula-dobriansky-ukraine-crisis-upends-international-order/1890889.html

In her presentation, Ms. Dobriansky acknowledged the bleak situation and poor prospects for peace in Ukraine.  She advocates the hardest possible sanctions on Russia in response to Russia’s actions in Ukraine.  Despite well-documented evidence, Ms. Dobriansky avoided any discussion of responsibility that Western diplomats may hold in inciting the current conflict.  As an aside during her presentation, Ms. Dobriansky called for providing American weapons to the Ukrainian government to fight pro-Russian separatists and the Russian military in eastern Ukraine.  She added that this measure would come before the United States Congress in March, when the current round of economic sanctions expires.

After the program, I asked Ms. Dobriansky what possible good would come through delivering weapons to the Ukrainians.  She responded, that she believed that weapons shipments from the United States would give the Ukrainians “psychological support”.

Bennett Ramberg, a former State Department official in the G.H.W. Bush (senior) administration echoes Dobriansky’s opinion that the United States should provide lethal military support to Ukraine.  Ramberg cites the “successful” strategy of providing military aid to Afghan militants during the Soviet occupation, seemingly oblivious to the long-term results of that action.

Disproportionate Retaliation; Vladimir Putin’s Personal Style in Response to Conflict
The conflict in Ukraine began in a dispute about a proposed trade agreement between the European Union.

As in many conflicts, the Ukrainian conflict developed according to a well-worn pattern of offence and retaliation.  What began as a simple trade proposal between Ukraine and the European Union was perceived by Russia as an expansion of NATO and an existential threat.    Each action by Western governments has been met with a response in kind by Russia.  President Putin has been reactive throughout the entire Ukrainian crisis, responding and retaliating to perceived offenses by the West.
President Putin has done much to consolidate power in Russia, eliminating opposition in the media, in politics, in business and in government.  His authority is now unquestioned, and it is clear that he is personally invested in the Ukraine conflict.  We can judge the likely actions of Russia based on the personality of its solitary leader.

Vladimir Putin has used disproportionate retaliation as a response to conflict since childhood.  Biographer Masha Gessen recounts stories of Putin, a small boy, fighting and beating anyone who would dare to insult him, including much larger boys.  Putin established a tough reputation.  That pattern of behavior has persisted throughout Putin’s life, and as president, Putin has used it effectively to gain power and intimidate his opponents.

When Mikhael Khordokovsky dared to make a minor contribution to an opposition political party, he was jailed for ten years, and the company Yukos was dismembered.  Yukos lawyers, including a young mother, were jailed and beaten for daring to perform their duties in defense of the company.  In the Chechen war, the disproportionate response was the razing of the city of Grozny.  The examples are endless, including attacks and murders of opposition journalists, and the imprisonment of blogger Alexei Navalny’s brother.  President Putin is a vindictive man, who has shown that he will violently punished offender and innocent alike in retaliation for an insult.

Putin is a judo master, who has said “Life is judo”.  He is an opportunist, using his reprisals as opportunities for gain.  When Yukos, Russia’s largest oil company, was taken apart, the assets were largely distributed to Rosneft and Gazprom, from which the Russian government and Putin profited greatly.  From Yukos, to the confiscation of 50% of Shell’s Sakhalin Island project, to the annexation of Abkhazia and Crimea, Putin has shown he will use provocation as an excuse to take what he wants.

There is no doubt that providing American weapons would be perceived by Russia as a dramatic escalation of the conflict.  There can be no doubt that Russia’s response would be a disproportionate, violent, and acquisitive.  At present, observers have estimated that Russia has about 1000 soldiers in eastern Ukraine.  I expect the response to shipments of American weapons would be a massive invasion, with 80,000 to 100,000 troops, expanding the conflict to all of eastern Ukraine.  I expect the goals would be to establish a land corridor to Crimea, control of the infrastructure providing power and water to Crimea, and to acquire the lands east of the Dneiper River, including the coal, oil and natural gas resources of the Dneiper-Donets Basin. 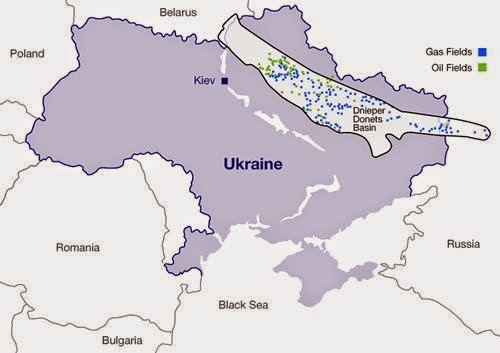 Figure 1.  Oil and Gas Fields of the Dneiper-Donets Basin

Ukraine, since the breakup of the Soviet Union, already existed as a scattered collection of local authorities, with a weak and corrupt central government in Kiev.   In the state of war, local oligarchs have formed private militias to protect their own interests, which do not necessarily align with the interests of the central government.   These private militias are growing more powerful.   If America sends weapons to the Ukrainians, there is no accountability for the ultimate disposition of those weapons, and against whom the weapons will be used.  As has been seen in Iraq and Syria, many weapons supplied by the United States are ultimately acquired by our enemies, and used against our interests.

There is no winning this kind of war.  Russia is close to the conflict, can mobilize a much larger military response than Ukraine, and has many supporters in the population.  Russia is willing to destroy or displace any resistant native population.

Ms. Dobriansky, your house will not burn if the U.S. Congress approves sending weapons to Ukraine.  Your life will not be cut short with dreams unfulfilled.  Your sons will not die.  You will not feel the burn of bullets or shrapnel; you will not see the horror of a limb torn from your body.  But these things will surely happen to many people, if Congress follows through on your advised path of military support for Ukraine.   Nearly 5000 people have already died as a result of this unnecessary conflict.   About 600,000 people have been driven from their homes, and cities have become smoldering ruins.   And, as we have seen in Iraq and Afghanistan, small conflicts become large conflicts.  War does not bring stability, nor peace, nor democracy; rather, military intervention becomes a crucible for hatred, violence and terrorism for decades.  If you have any compassion at all for your fellow human beings, you would not suggest sending weapons to Ukraine.

As I write, the situation in Ukraine is again in flux.  Fighting has intensified in the area of the Donets airport.  Additional tanks have appeared among the Donets rebel forces.  Russia is again massing soldiers on the border, in possible preparation for a full invasion.   In the event of a full Russian invasion, those advocating shipment of American weapons to Ukraine will have a stronger argument before the United States Congress.

About Paula Dobriansky
Ms. Dobriansky  has an extensive resume; she is currently Senior Fellow at Harvard University’s J.F. Kennedy School of Government, and has served as a diplomat under five U.S. presidents, both Democratic and Republican  She briefly served as an high-level executive of the news agency Thomson Reuters.  She has multiple academic honors and honorary degrees, and honors from the United States and a number of Eastern European nations, including Ukraine.  She is the author of influential opinion pieces on the editorial pages of major newspapers.  She has worked on a number of critical global issues, including women’s rights, human trafficking, human rights, oceans, health and climate change.  She is the daughter of a noted Ukrainian-American economist and anti-communist of the past generation, and she is considered an expert on Eastern Europe.

Letter to President Clinton by members of “Project for a New American Century”; January 26, 1998.
https://web.archive.org/web/20131021171040/http://www.newamericancentury.org/iraqclintonletter.htm