In Praise of GDP

About a year ago, EARTH magazine published an article, titled "Greening of the Gross Domestic Product".  http://webcache.googleusercontent.com/search?q=cache:http://www.earthmagazine.org/earth/article/32b-7da-4-1
The authors made the claim that GDP is a poor measure of a country's wealth, because it does not include externalized environmental costs.  This may be true, but the authors went a step further.   They said "....using GDP to measure a country's true wealth is remarkably poor at best, and highly damaging at worst."

But what do the data say?   Click the links!   These are really cool!
Data visualization on Gapminder shows that increasing wealth, measured by GDP, is correlated with nearly doubling human lifespan in almost every country on earth: www.bit.ly/c6ItL7 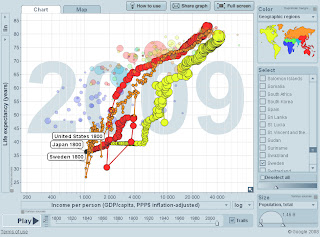 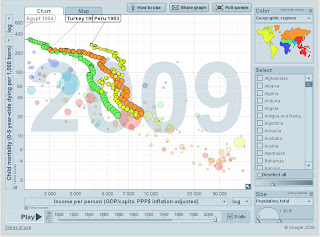 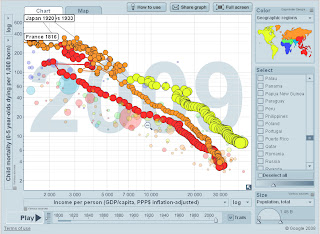 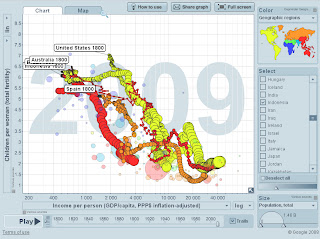 A remarkable aspect of these relationships is that they hold for every nation in the data.   As shown in an earlier post*, per capita GDP even shows a strong positive correlation to integrity, as measured by the corruption index published by Transparency International.   Given high integrity, I would infer more effective governments in fair and free societies.


Imagine for a moment, that there was an economic indicator that showed the reverse correlation:  that as the indicator rose, human life expectancy was cut by half; child mortality increased twenty-fold; population growth rose from zero to doubling in every generation; and corruption flourished.   Would the authors dismiss such an indicator as remarkably poor and highly damaging?


Does there exist any other indicator, other than GDP, that is so useful in measuring the
progress of a nation in improving the lives of its people?